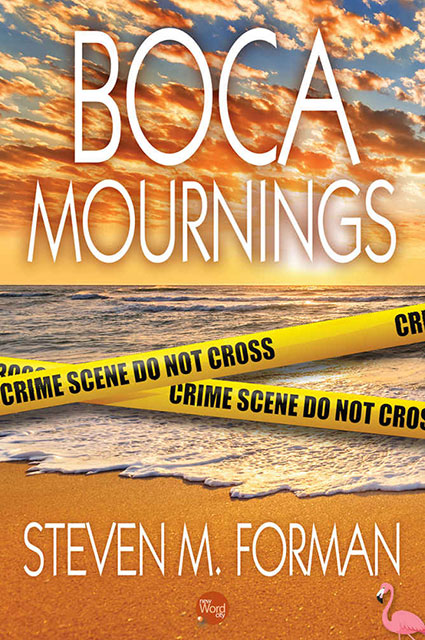 Eddie Perlmutter, a fifty-nine-year-old highly decorated Boston cop, retired to Boca Raton, hoping for some peace and quiet after more than thirty years on the force. But before he could even get a tan he busted Russian mafia counterfeiters, unraveled the details of a mysterious death in a gated community, and saved damsels in distress from neo-Nazi punks. A local newspaper reporter wrote about Eddie’s exploits and nicknamed him the “Boca Knight,” a man willing to fight for everyone’s right to live in peace. Eddie Perlmutter was a hero all over again.

A widower for more than twenty years, Eddie becomes involved with two totally different women, but once he hangs out his P.I. shingle he has precious little time for romance. Eddie’s one-man Boca Knights Detective Agency has more cases than he can handle: a haunted elevator, a double kidnapping, an octogenarian bagel thief—and that’s just for starters. Quack doctors have to be busted; old hearts need fixing; scams must be exposed. While standing up for the underdog, Eddie doesn’t even have enough time to bend over for a prostate exam.

On top of his P.I. work, he’s got some unfinished business with one of the young neo-Nazi miscreants. He may have to fly halfway across the world to see justice done, if he isn’t cut down by Russian mafia bullets in the gayborhood or run over on a Boca street by a pint-size maniac in a huge Cadillac.

Retirement has never been so un-retiring.

Ever wonder what would happen if you crossed Philip Roth with Elmore Leonard? This impressive crime debut may provide a hint. Long on back story, the saga of cop Eddie Perlmutter begins in a nineteenth century shtetl in Russia, where Eddie’s grandfather and the other villagers are prey to Cossaks and marauding bears. After demonstrating END_OF_DOCUMENT_TOKEN_TO_BE_REPLACED

With his first-ever book, author Steve Forman has created a “monster.” I mean that in a very positive sense: In Eddie Perlmutter --- a pugnacious, highly decorated ex-cop from Boston who “retires” to Boca Raton to avoid the bitter cold winters that cripple the arthritic knees broken by run-ins with Boston’s criminal element --- Forman END_OF_DOCUMENT_TOKEN_TO_BE_REPLACED

If in a gated or country club community anywhere in the state of Florida or if you grew up  in Boston, you owe it to yourself to read Boca Knights, a debut novel by Boca resident Steven M. Forman. It’s true he has focused his authorial magnifying glass on Boca Raton and his description of END_OF_DOCUMENT_TOKEN_TO_BE_REPLACED