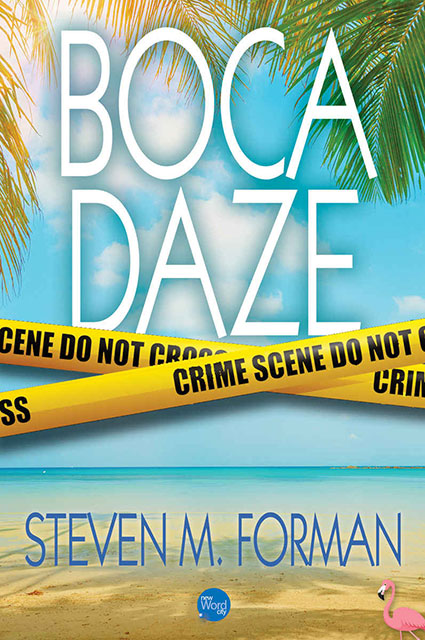 Ever wonder what would happen if you crossed Philip Roth with Elmore Leonard? This impressive crime debut may provide a hint. Long on back story, the saga of cop Eddie Perlmutter begins in a nineteenth century shtetl in Russia, where Eddie’s grandfather and the other villagers are prey to Cossaks and marauding bears. After demonstrating END_OF_DOCUMENT_TOKEN_TO_BE_REPLACED

With his first-ever book, author Steve Forman has created a “monster.” I mean that in a very positive sense: In Eddie Perlmutter --- a pugnacious, highly decorated ex-cop from Boston who “retires” to Boca Raton to avoid the bitter cold winters that cripple the arthritic knees broken by run-ins with Boston’s criminal element --- Forman END_OF_DOCUMENT_TOKEN_TO_BE_REPLACED

If in a gated or country club community anywhere in the state of Florida or if you grew up  in Boston, you owe it to yourself to read Boca Knights, a debut novel by Boca resident Steven M. Forman. It’s true he has focused his authorial magnifying glass on Boca Raton and his description of END_OF_DOCUMENT_TOKEN_TO_BE_REPLACED